The Biggest Financial Event In Your Lifetime Is Now Unfolding

“The four most dangerous words in investing are: ‘this time it’s different.”

Undeniably coronavirus has meant huge changes to the world economy. Possibly the biggest event since the 1930’s.

In fact, there are many disturbing parallels with that traumatic time.

Are we being pessimistic or realistic?
Read on and decide for yourself … 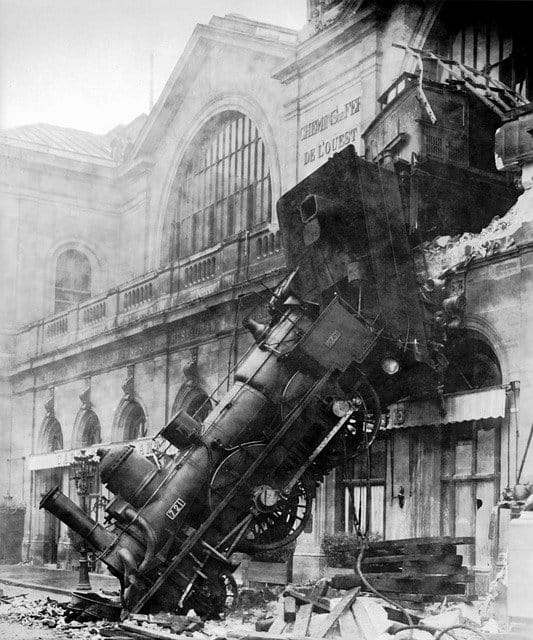 This could be the largest financial crash since the 1930’s. 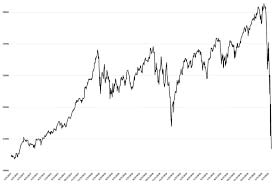 Coronavirus and the world economy

What in the hell is really happening? And what does it mean?

We are still in the early ‘reaction based’ phase of the coronavirus disruption to the financial markets. This could very well be described as ‘the panic phase’. The signs are that we could possibly be at the beginning of the biggest market crash, at least since the 30’s. We do not have to remind you of the huge consequences of that particular financial event.

After the panic phase we may well see the markets ‘bounce’ back, at least slightly. It happened in the 1930’s. Today we may well be witnessing something similar; but, the six month rally seen in 1929 to 1930 was built on a false premise – that things were quickly going to go back to normal. They didn’t.

By 1933 the world economy was in tatters. There was a new ‘normal’ and it wasn’t the same as before. That fact is exactly what we must get used to now.  Things have changed. There is a new normal on the way – and it will be drastically different to before the outbreak.

Some investors think the market has bottomed and are buying in. Are they right? We don’t think so. We suspect these ‘buy-ins’ will be accountable to the investors ‘hope’ that things will soon return to normal; but the signs are they wont. And anyway,  hope alone was never the basis for a good investment.

We believe that after this brief rally the consequences of what is happening now will really hit home and we can expect to see a further, and bigger glut of insolvencies, across nearly every sector of the world economy.

Your absolute number one priority right now as a serious, sophisticated investor should be to financially protect yourself and your families from the economic events that are now unfolding.

The best advice we can give is that you need to get to grips with this new reality, protect yourself from what is coming and ACT when you see investment opportunities. But how? Just take a look at the numbers below.

Worldwide, this is already undoubtably the biggest financial event of the last 100 years, perhaps even longer.

In Germany the ZEW economic growth expectations collapsed. In France we see the same parallels, and in Italy business confidence plummeted faster than ever recorded.

In the States US markt PMI collapsed. US oil has gone into the negative.

We will stop here. You can see the picture. The list goes on and on…

This data is reflected across Asia, Europe and America, – everywhere. We can see the same incredible drop in every macro economic performance indicator. Some analysts think we will see a drop in quarter on quarter GDP of 20% – 30%.

Lets put this in a little context.

These figures lead to the depressing conclusion that all too many firms, individuals, markets and pensions could all be going to the wall. A sobering thought no? And, one has to concede, at least an all too realistic possibility.

The numbers are hard to ignore. And a little disturbing to say the least.

We will say it again. It’s worth repeating…

“Your absolute number one priority right now is to financially protect yourself and your families from what is coming.

We have said this before too, but rarely with anymore urgency…

We have some of the solutions. Scroll down for some examples. There are sectors and assets that are still in a promising position. What are they?

Take advantage off our free SUBSCRIPTION OFFER and join 100’s of knowledgeable and sophisticated investors all around the world and get vital, valuable investment strategies – directly to your in box.

Some Recommended Alternative Investment Opportunities For Your Consideration.

Loan notes. the most popular entry into the alternative investmnet marketplace.

The right property developer loan note can certainly enhance the ROI that you should expect on your investment portfolio.

What we do, why we exist and how we help hundreds of successful, sophisticated and individual investors and institutions.

A lot of investors haven’t woken up to the reality of the new ‘normal’.

A recession is looming. You need to act NOW to protect your wealth.

The independent sector, particularly at the higher acuity end in recent years, has benefited from historic and current trends in demand for specialist care and hospital provision.

Going forward, demand for care placements will continue to increase and will be largely driven by underlying population growth…

The fund was founded in 2014 by a successful and experienced team of entrepreneurs and investors. The fund is focused on bringing a unique hands on approach to UK early stage technology investment and has arranged investments into 24 companies.

It provides a unique combination of mentorship, experience and the access to investment required to drive a business and ideas to success.

The question is – can your current portfolio compete with these high performance platforms?

Strong performance, flexibility, acceptable risk, good to excellent returns, high security – these are the criteria we measure each investment by; and we can show you some examples of the best alternative investments out there – most easily outperforming traditional investments – and available to you as a discerning investor.

The fund was launched in January 2008 and provides both institutional and private investors with exposure to the lucrative UK Holiday Park industry.

The Fund combines a secure and sustainable yield of 8 -12%, is asset backed and is approved by the Guernsey Financial Services Commission and listed on the Channel Islands Stock Exchange. It delivers sustainable shareholder value.

A ‘Heads Up’ On A Very Attractive Loan Note Offer

The issuer of this note has an enviable reputation as a distinctive property development and investment company, with multiple on-going schemes across the UK.

Why Alternative Investments Belong In Your Portfolio

Why alternative investments are favoured by intelligent, sophisticated investors.

A report by a leading global investment firm, KKR, reveals a typical global pension plan and a typical HNW account has a 24 per cent and a 22 per cent allocation to alternatives, respectively.

The yellow metal is a blue-chip investment.

Allocating 5% to 15% of your portfolio to precious metals — with the majority in gold — could be one of the best defenses against an economic downturn and an uncertain geopolitical arena in 2020.