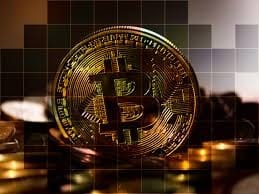 Invest in Bitcoin &  Other Cryptocurrencies

Looking to invest in Bitcoin? AIP Recommends this diversified multi-strategy approach that captures the sector’s development while reducing downside risk – in what is still a volatile and complex sector. 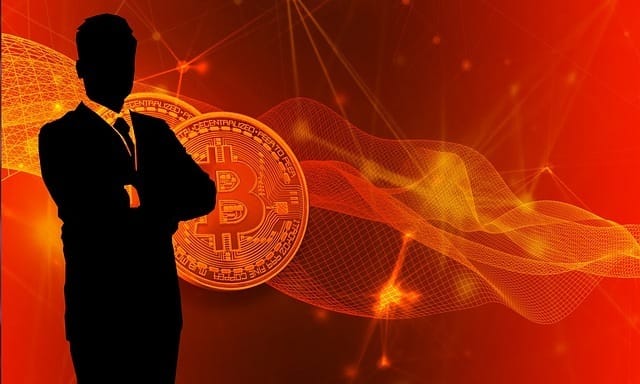 We have said this before, but rarely with anymore urgency…

The Macro case for bitcoin – Diversify and include cryptos

This might seem a surprising conclusion to be drawn from the 1930’s data – but read on and see why it makes excellent sense for the serious investor looking to protect their wealth.

The great depression of the 1930s is looking disturbingly like the market of 2020.

It was based then on the unwinding of a series of bubbles across both debt and equities. It led to the largest single debt deflation in our history and the signs are there that we could be about to witness something very similar unfold now. The data and timeline indicators are showing a very strong correspondence.

In 1920 there was a precursor to the ‘main event’ in 1929, reflecting perhaps what happened in our lifetimes in 2008. In 1920 there was a 45% fall in equities and a 7% fall in GNP. Throughout the following decade the dollar strenghened dramatically as the US accumualated gold reserves versus other countries and this, in turn, weakened other currencies like the GBP; and the UK was already experiencing deflation due to it’s huge war debts from WW1.

This led to a run on the GBP and the Federal reserve cut interest rates in an attempt to get gold to move from the USA into Europe. Does this remind you of 2015 when the dollar rose dramatically higher?

Then it compelled China, the largest debtor nation, and the ECB to cut rates in a stimulus bid. Both China and the ECB printed money and expanded their central bank balance sheets. Europe allowed a 25% fall in it’s currency, but China, being essentially ‘pegged’ to the dollar only managed a 15% devaluation. The result? The US stock market boomed, as capital fled to the States from the rest of the world.

When that bubble popped in 1929 there was a mass liquidation event that is strikingly similar to what is happening today.

There are further parallels.
In 1929 the Fed undertook an emergency rate cut just as it did in March this year.
In ’29 they injected massive amounts of money into the banking system. Very similar to today.

What happened next back then? Stocks lost 50% of GDP in market cap. In 2020, as we speak, we are currently about the same.
In 1929, the market then bounced a little, and rallied for 6 months or so. Just like now?

Then in 1930 the whole world economy fell apart. Stocks crashed 85% from that peak in 1929. And as the whole global economy collapsed almost every country in the world defaulted on their debts. The UK in devalued in 1931, Germany in ’33 et al.

The amount of dollar debt now is comparable to then – around 60% of GDP. By the end of the thirties only 10% of that debt had been paid. And that is surely the fear now…

If the scenario today plays out as it did in that decade then country after country will default and be forced into devaluing their currency, including the big one, China, driving the dollar even higher. The US will eventually have to devalue the dollar and the dollar standards will be dead. Going into this current crisis, as in 1929, we are experiencing some of the largest macro imbalances the world has seen:

For the last few decades the central banks have been fighting a full scale debt deflation and solvency crisis, and a combination of all the above factors in combination with the drastic effects of the coronavirus crisis could lead us to a complete loss of confidence in the dollar standard, with frankly catastrophic results for the world economy – and for most institutions and peoples investment portfolios.

“OK! We know we are painting a worst case scenario picture for you here. The fact is nobody really knows as yet what the world will be like post pandemic. Every society in the world is asking ‘what is the new normal?’ But – the facts we have outlined above, it can be safe to say, are going to have major repercussions.
The only real question is a matter of degree – how destructive to your wealth?”

So what currency would replace the dollar if every currency becomes worthless in the next crisis?

Some say the only economic system that would survive such as an event is cryptocurrency.

Bitcoin is already the best performing asset in history.

It was born in the last financial crisis for exactly what is about to come in this one. This scenario is exactly what bitcoin was invented for.

Bitcoin is the call option on it all. An independent, trusted, secure financial accounting system that can never be created outside of it’s cryptographic algorithm. It could be the entire medium of exchange system and the future of money itself, the platform on which it all operates.

So you may want to get onboard…

The Fund bridges the gap between fiat and crypto-asset classes

The fund’s performance last month was in line with the general market environment.

The Fund’s exposure on PE/VC and its diversification outside Bitcoin were the main factors behind a slight underperformance.

As a result of the short-term declining trend on cryptos, replicating strategies (delta one) were sold so as to increase the weight allocated to arbitrage & multi strategies. Cash was increased too.

Since launch, the Fund outperformed the Eurekahedge Crypto Currency Hedge Fund Index by 16%.

While recent performance has been lacklustre, it might be a good time to recall that the recovery potential of the crypto asset class remains compelling.

On a longer-term horizon (several quarters), the current cycle continues to develop in line with previous long-term bull cycles. The current period of consolidation / sideways trading is expected to pave the way for a new wave upwards, that will then lead crypto assets back to the previous highs and beyond.