Investing in the Age of Connectivity

Today there are 4.5 billion people and 31 billion devices connected to the internet.

By 2025 there will by 75 billion devices connected. This is 10.8 million new devices coming
online every day.

“Our definition of e-Commerce is ‘the transfer of value over electronic networks’  – there’s a lot more to it than just technology.”

Looking for a fund that generates the potentially huge return on your investment that these levels of growth indicate? Read on… 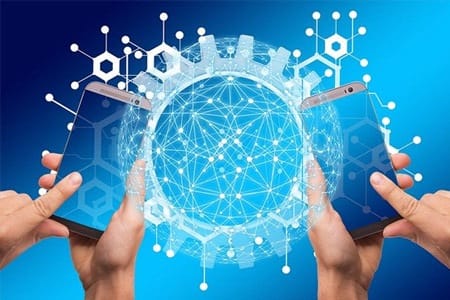 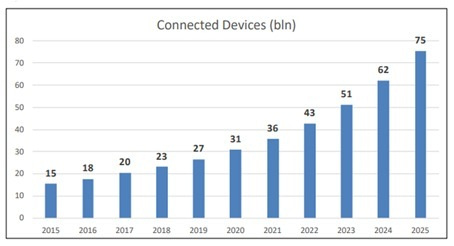 The Digital Revolution is well underway. It’s almost beyond belief that some so called ‘sophisticated’ investors haven’t fully woken up to this and the tremendous possibilities for ROI it opens up. The Industrial Revolution dramatically and quickly changed peoples lives as they moved from an agricultural economy based in rural areas to large urban centres – our modern cities, to work in large factories etc.  It changed the world of finance  completely too – heralding a new era of explosive, expotential growth. Some people got extremely rich and a whole new class of very powerful people emerged.

The Digital Revolution will have just as profound an impact on humankind – and again, there will be massive winners and massive losers.

To invest into this exciting growth sector we are highlighting the exceptional fund below as an AIP recommended platform.

The pace of change today is faster than a train…

The Fourth Industrial Revolution has begun

The first two industrial revolutions were the age of steam (circa 1765) followed by the age of mass production (circa 1870) which led us to the industrialised economies which characterised the first half of the 20th century.

The third industrial revolution was the shift to digitalisation , which gave birth to the computer age. The third revolution is characterised by the swift and spectacular technological advancements which, over decades, led to huge global economic and social changes. It drastically increased economic productivity and shaped societies to a new paradigm.

We are now in the midst of the Fourth Industrial Revolution: The Age of Connectivity. Beginning with the birth of the modern internet at the turn of the last century, The Age of Connectivity revolution began with mass internet adoption and grew at a pace until the advent of large-scale mobile connectivity. Since then, in recent years it has exploded and the impact of modern connectivity could be said to have surpassed even the world-shattering influence of the internal combustion engine, which was literally the driver of the second industrial revolution.

Investing in the Fourth Industrial Revolution

The e-Commerce mega-trend is going to change the world. That much is clear. The long-term investment returns available to investors are truly phenomenal. The e-Commerce Fund we would like to draw your attention to was launched in 2014 with the dedicated aim of investing in the companies, technology and digital platforms that drive the exchange of value across electronic networks. Since launch the change in the world driven by the ecommerce revolution has been almost beyond comprehension. Look at these figures, 1.6 billion people have been connected to the internet, bringing the total online population to 4.5 billion. Over the same period, an additional 15 billion devices have been connected to the internet too.

The global retail ecommerce market has grown +165% to $3.5 trillion, while the B2B (business-to-business) market is estimated to be nearly three times that size, at more than $10 trillion.

All this change has occurred in the six years since the fund was launched. During this period the fund has increased in value by +112%/78% (EUR/USD). It is indisputable that the connectivity revolution is now well underway.

How best to invest in the Age of Connectivity

We looked for the underlying drivers, technologies, platforms and businesses who are enabling this trend. The key underlying principle in this trend was the exchange of value across electronic networks. this is how we define Ecommerce. From simple personal communication, to entertainment, to money, advertising or AI (artificial intelligence) commands, to autonomous vehicles; all aspects of the modern economy are increasingly relying on digital networks to function, and it is the exchange of value across those networks which is driving this fourth industrial revolution.

We are now only at the ‘end of the beginning’ of the fourth industrial revolution. After a recent period of explosive growth, many ecommerce services are approaching critical mass; where these platforms and services become normal and permeate every level of society.

COVID-19 and it’s impact on webservices.

It is a sad truth that the COVID-19 outbreak and the lockdown that followed has been a significant catalyst to drive the adoption of digital services.

The company has seen the equivalent of 10 years of progress in adoption of its services in just a few months.

We will respect you privacy and will never pass on your info to third parties or send you unrequested spam.
We are fully GDPR compliant.

We will respect you privacy and will never pass on your info to third parties or send you unrequested spam.
We are fully GDPR compliant.