The, shall we say, more sensationalist, but often well-respected economists are saying we could be approaching the end of the current financial system.

So what currency would replace the dollar if every currency becomes worthless in the next crisis?

Some say the only economic system that would survive such as an event is cryptocurrency.

In 2019 Bitcoin was the best performing asset worldwide

Bitcoin was a clear winner for investors last year, roughly doubling in 2019*.

But it was a bumpy ride.

Thinking of investing in Bitcoin?

The Fund bridges the gap between fiat and crypto-asset classes by applying risk management techniques and customising them to the crypto emerging asset class.

AIP Recommend this diversified multi-strategy approach that captures the sector’s development while reducing downside risk – in what is still a volatile and complex sector.

We could be heading for a scenario that parallels the ‘Great Depression’ and there are profound lessons to be learned for the wise investor. Bitcoin and alternatives should be a serious diversification option for all intelligent portfolios.

That’s a lot of losers. But what of the other ten percent?

The “Godfather of Smart Beta”, Robert Arnott, perhaps said it best, “In investing, what is comfortable is rarely profitable.”

So who are the winners and why?

Could the collapse of the whole way we currently handle money happen?

It’s an extreme position certainly – but a brief look back at history shows it has happened before. The world is always changing…

One thing is sure: you should do everything you can now to familiarise yourself with the technology of crypto or get left behind when money evolves again.

If you have your ear to the ground about financial forecasts, then you will know they don’t paint a very pretty picture of the state of the global economy right now. Coronavirus, trade wars, ballooning government debt, volatile markets, and record-low bond yields; could this be an economy that’s teetering on the brink of disaster – again?

Some, shall we say, particularly gloomy economists think that we could be approaching the end of the financial system as we know it. That we are in transit to a new system. These analysts say that if there were another liquidity or credit crisis like back in 2008, (or the one that’s fast approaching now?), then the global economy would simply not be able to sustain the hit. As a result, the entire system would collapse, leaving your bank account worthless as currencies evaporate their buying power.

OK, this is the very worst-case scenario, but it’s a possibility. If it happens then what would we use as money?

Some analysts believe that the advent of cryptocurrency signals an end to the fiat system. Moreover, they expect crypto to be the new reserve currency to replace the dollar in times of a currency crisis and collapse.

Let’s examine the case for cryptocurrency as the future of money. 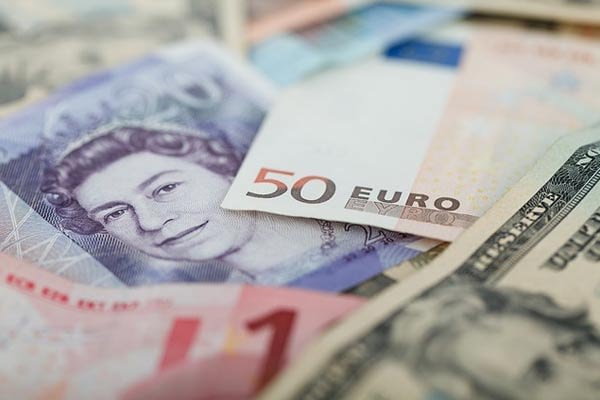 A Brief History of Money

The first recorded money system began in ancient China around three thousand years ago. They adopted the world’s first coins, known as ‘cash’, which has remained a popular word until this day!

Legendary ‘HNW individual’ King Croesus of Lydia was the first government authority to mint gold coins in 561 B.C., inventing a new way to pay for goods and services instead of bartering or trading goods directly.

Gold coins remained the preferred choice for money throughout the history of the world – until the 1930s when President Theodore Roosevelt decided to withdraw gold coins from circulation at the start of the Second World War.

The End of the Gold Standard

Countries and governments long relied on gold as their preferred medium of exchange. This was to ensure a common standard but history has plenty of examples of governments that, for reasons of greed or poor judgment, gave in to the temptation to debase their currency, leading to the collapse of their economies and societies. The world traded using gold coins until the early thirties.

Back then, during the first confiscation of gold by Theodore Roosevelt, it still had some relationship to paper money. Each banknote represented a physical quantity of gold, which was in theory redeemable. However, after FDR suspended gold exchange rights, people moved away from coins and into paper money.

In 1971, Nixon put an end to the gold standard, introducing the new “fiat” money standard that no longer had any ties to gold. Fiat money describes a currency system with no collateral backing the assets.

Unlike the era of the gold standard, where every note was a check deposit for something physical ie: gold; the new fiat dollars issued by the Federal Reserve had nothing backing them. The fiat money system allowed for the expansion of global credit without the need for collateral to back the world’s monetary reserves.

Today, dollars are eligible for the payment of public and private debts, and settlement of taxes. It’s the taxes part of this equation that gives the dollar its credibility in the eyes of consumers. As long as the American public only accepts dollars for payment of taxes, the dollar will have a use as legal tender.

The Establishment of World Reserve Currencies

The IMF controls the ‘Special Drawing Right’, or ‘ADR’, which is a basket of currencies it uses to manage the global debt crisis as a lender of last resort.
This basket of currencies includes the Dollar, Euro, Yen, Pound Sterling, and the Chinese Yuan. All of these currencies play a role in regulating the world’s financial markets, but it’s the dollar that is still supreme.

Some analysts suggest that China will eventually take the role of the leading reserve currency from the dollar, but if we look at the current weighting of the Special Drawing Right, China accounts for less than 10-percent of the basket; which suggests to us that, although China’s economy continues to grow, we don’t see it placing much threat on dollar hegemony just yet.

The fiat dollar system led to the development of today’s international credit markets and the establishment of the present Eurodollar system. The world experienced a rapid and revolutionary transformation. Companies grew wealthy and established a new worldwide and interlinked economy.

All the world’s central banks collaborate in the reserve currency system, managed by the IMF.
in 1997 the failure of Long Term Capital Management meant that the world started to feel the adverse effects of a financial system that was bloated with debt. This crisis almost ended the global financial system. In 1999 the dotcom bust would massively destabilise the economy again. The subprime mortgage crises in 2007, and 2008 the Great Financial Crisis had its far-reaching consequences.

The response to the credit crisis was to print more money and swell central bank balance sheets across America and the developed world.
Because of this, the American economy experienced the longest bull-run in history over the last 11-years. The S&P500 reached above the 3,000-point level, an impressive recovery from the post-crisis minimum of 666-points. But as we speak, the bull market looks like it’s over for a while at the very least.

What’s Next? The One constant is change

Historically speaking, every single fiat money system ever launched by society ends up failing. Whether it was the Portuguese or the British, eventually, power transfers to the next regime to take global economic control.
The US fiat dollar is currently the most successful of the more than two thousand fiat currencies used throughout the history of the civilized world. However, while the Federal Reserve desperately tries to maintain dollar hegemony, inevitably, this system will eventually expire as well. So, what’s coming after the dollar dies? 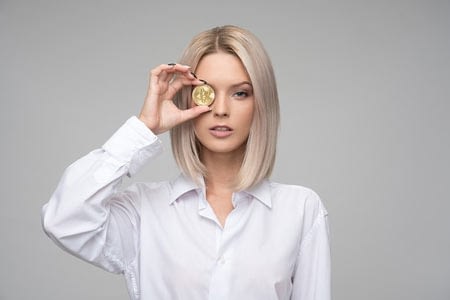 Is Crypto the Next Reserve Currency?

Something to note about all the past reserve currency systems is the transition period. Each system experienced a period where the new reserve currency slowly emerged into dominance. In most cases, this build-up period lasted around a generation or so – maybe 30 – 40 years.

Crypto has only been around for little more than a decade. It’s also the only asset class that’s emerged to challenge the current financial system. Could this suggest that crypto is ideally positioned to become the world’s next reserve currency?

Should you Invest in Bitcoin & Other Cryptocurrencies?

One problem with crypto becoming the next reserve currency is its decentralized nature. Simply put, banks and governments can’t control crypto, as the Blockchain is a self-evolving entity controlled by the end-user.
There is no way governments can manipulate the currency or use it to create credit. That’s why many governments around the world simply refuse to recognise Bitcoin and crypto as legitimate.

SO it’s doubtful that governments and central banks will allocate Bitcoin or any crypto they can’t control, as a reserve currency. Without this, crypto will never achieve mass adoption in the broader economy.

This does it will not happen. Nothing is stopping any reserve currency nation from issuing crypto as its new currency system. But there are many reasons why they wouldn’t, as we have said. These perceived threats might stop the introduction of cryptocurrency as the future of money. 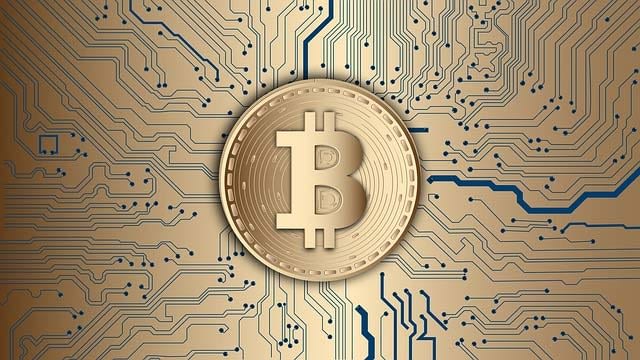 Another issue with crypto? 20-percent of all BTC wallets hold over 80-percent of BTC. This means there are players out there that can dramatically swing the markets by selling their portfolios.

Furthermore, there is the issue of global utility. The most advanced cryptocurrency can still not process transactions very quickly. Bitcoin can only process seven transactions per second. Visa does hundreds of thousands of transactions in the same timeframe, so if we were to move global trade to a blockchain, it would slow things down massively. Could you function if it took weeks for your credit card transactions to go through?

One thing is sure; the U.S. dollar system will not last forever. While its mere speculation to guess at what’s coming next to replace the dollar, the only contender so far is crypto.

Long term, we forecast that governments will eventually transfer into this monetary system when forced too, perhaps after another failure.

One thing is sure: you should do everything you can now to familiarise yourself with the technology of crypto or get left behind when money evolves again.

Any cookies that may not be particularly necessary for the website to function and is used specifically to collect user personal data via analytics, ads, other embedded contents are termed as non-necessary cookies. It is mandatory to procure user consent prior to running these cookies on your website.