Alternative Investments On The Up 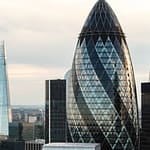 The industry managed $8.8 trillion as of 2018, according to Preqin, which says growth will be driven by investors’ need for yield, alternative assets’ strong track record, and a declining number of publicly traded companies. The report is based on surveys with 300 fund managers and more than 120 institutional investors..

As such, private equity assets are expected to increase by 58 percent over the next four years, overtaking hedge funds as the largest alternative asset class, according to the report. The private debt market is expected to double in size, reaching $1.4 trillion in size by 2023, according to Preqin.

What’s more, 93 percent of fund managers in the private debt industry say they expect their growth to be organic, rather than through acquisitions or roll-up strategies. In other words, increasing allocator interest will drive growth in the asset class.

While so-called real assets represent a smaller portion of the alternative investment universe — according to Preqin, they account for 8 percent of total industry assets — they are expected to be the fastest-growing group of assets over the next few years. Real assets, driven by natural resources, are projected to represent 13 percent of alternative assets by 2023, reaching $1.8 trillion in size.

These funds are starting to believe they can run their own money, rather than outsourcing asset management. With that comes a push to bring alternative investing in-house.

Banks and defined benefit plans are expected by fund managers to be far less important sources of capital in the future, the report shows.

There are expected to be more fund managers available for allocators to choose from in 2023. Preqin data show a projected 21 percent increase, bringing the total number of fund management firms to 34,000 in 2023.

← Parallels Between The 1930's and Todays Market Crisis - Or 'This Is The Time To Invest In Bitcoin' Second Citizenship - The Wealth Protection Solution You Are Looking For? →